First US Headquarters for SIEL America

SIEL, a multi-national solar energy company with headquarters in Milan, Italy and offices in the United Kingdom, Germany and Russia, leased approximately 28,000 square feet of flex warehouse space at 2 Cranberry Road in Parsippany, New Jersey – its first plant in the United States.  Occupancy is expected to occur the beginning of 2013.

Utilizing a completely clean process, SIEL assembles components from all over the world for PV inverters which transform energy arriving from a solar panel in the form of DC current, into usable AC current.  At the Milan headquarters, the company employs 110 workers, in the United Kingdom 20, and in the new United States plant, the tenant intends to increase its workforce by 35 new employees within 3 years.

Collaborating with UCLA in a research study which explored, among other things, locating a plant in either Canada or various cities in the United States, SIEL decided upon New Jersey for their new location. SIEL executives contacted Choose NJ, an independently-funded and operated nonprofit corporation created by New Jersey’s business leaders to position the state as a world-class leader in the competitive global marketplace for assistance with the multi-faceted process.

SIEL CEO chose Newmark Associate Helene Strumeyer, Director for their International Division, and a former resident of Italy, Switzerland and Israel, to represent their company in the search.

Mrs. Strumeyer, with an MA in International Relations and Economics from Johns Hopkins University (SAIS), has had extensive experience as an international public relations executive for the North American Economic Mission counseling the governments of Colombia, Iceland, Israel and the Philippines. Her understanding of the subtleties necessary for navigating the international business market was demonstrated by her being chosen by SIEL to represent their firm, one of the largest energy companies in Europe. 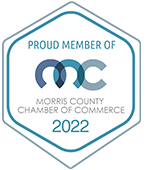